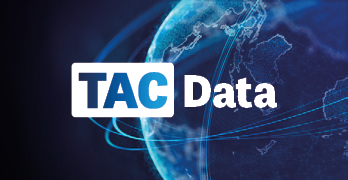 It is very difficult to read the airfreight market currently due to the number of conflicting factors that are affecting demand, capacity, and production.  Just as most of the Western world was heading back to some sort of normality after two years of Covid, the war in Ukraine caused impacts on airfreight capacity due to sanctions and a further impetus to inflationary pressures, particularly on energy, that is dampening consumer spending.  This has coincided with many households starting to spend on holidays once again, impacting cargo capacity, and less on consumer goods, impacting demand.  Chinese production and air capacity continues to be hampered by Covid outbreaks and the resulting restrictions.  All of these things are leading to uncertainty and volatility in the market.

After an unexpected fall in February that continued into the first week of March, there has been week-on-week increases for the past three weeks, with the latest index level of 4,096, 23% above the year to date low in the week ending 7 March of 3,340.

After an unexpected fall in February that continued into the first week of March, there has been week-on-week increases for the past three weeks, with the latest index level of 4,096, 23% above the year to date low in the week ending 7 March of 3,340.  The average increase for the month versus February, however, was a modest 1%.  The March average was +35% versus 2021, +65% versus 2020, and +124% versus March 2019. All but one of the lane indices – ORD to Europe – have seen positive increases versus early/mid-March, while nine of 17 lane indices saw an increase in March over February.

The differences by market in the airfreight indices are detailed below.

China and Hong Kong markets experienced contrasting fortunes in average March airfreight changes versus February because of different timings of when the low points in the index occurred, with China +11% and Hong Kong -10%. Both have seen good gains versus these low points with the month ending up 42% and 13%, respectively.   Shanghai’s capacity continued to be constrained due to Covid restrictions.

The market ex Chicago saw month-on-month improvements to Europe and Southeast Asia of 2% and 9%, respectively.

The European markets continued to see mixed performances in March compared with February with FRA +7% whilst LHR declined by 4%.

SIN to SEA (BAI63) saw strong growth in freight rates in March compared with February of 27%.

As mentioned last month, it is difficult to predict how long the latest disruption to the market due to war in Ukraine will last. Airfreight rates are expected to stay at levels significantly higher than pre-pandemic levels for some time, although volatility in rates are expected to continue whilst there is uncertainty about the outcome of the conflict and as consumer patterns change as inflationary pressures continue and Covid-related restrictions are lifted.