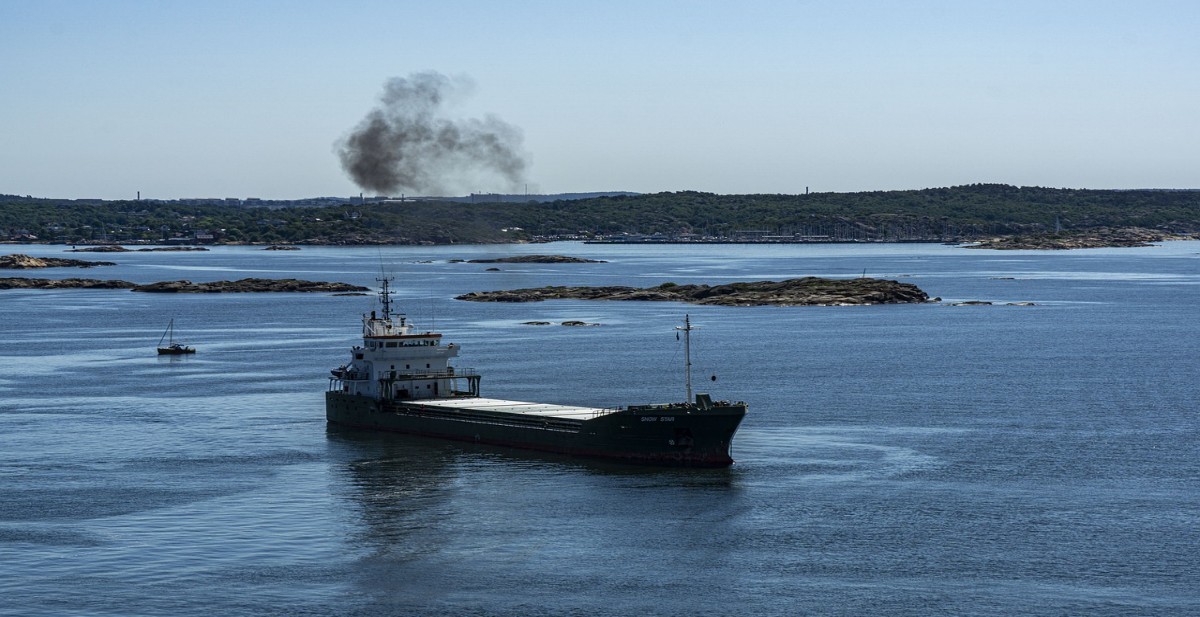 Speaking at a recent joint Baltic Exchange and Institute of Chartered Shipbrokers webinar, Martin Crawford-Brunt, CEO of Lookout Maritime and decarbonisation lead at the Baltic Exchange, took the opportunity to share details of a Baltic project that aims to describe, in a clearer way, what ‘good’ looks like in terms of voyage emissions.

Crawford-Brunt introduced the topic with an outline of the challenges relating to meeting emission metrics. He described the Energy Efficiency Existing Ship Index (EEXI) as “a design standard” effecting the technical aspects of the ship. EEXI will come into force from January 1, 2023 and will apply to the first statutory survey thereafter. A considerable number of ships are expected to have to make modifications and require action to improve.

The Carbon Intensity Indicator (CII), meanwhile, is “a very different standard”, he said. This is because it combines design with operational aspects and, significantly, it is not a “one and done” regulation, like EEXI. “It has an increasing requirement year-on-year that needs to be met based on annual emissions emitted, distance sailed and the ship's deadweight tonnage.” At the end of each year, ships are rated A to E, based on the previous year and the Index is sensitive to operating speeds.

“Importantly, I think an analogy one might use is the EEXI is a little bit like the specification of miles per gallon on your car,” Crawford-Brunt said. “One might think about the CII more in terms of the actual fuel consumption you get from how you drive your car. Or another way to describe that could be to think of the CII as similar to a credit, or a glass that's full at the start of the year. How fast you trade the vessel has an influence on the remaining CII that you have for that year to maintain a certain rating band.

“This is critical and very important because it means that the operating speeds, sometimes in the case of time charters dictated by the charterer, have a very large influence in how the vessel is ultimately rated.”

These complications led the Baltic Exchange to embark on a project to find a simpler way to understand round voyage emissions against the transport work done. There are many existing metrics, different baselines and different standards, but they are not comparable, making comprehension and selection difficult.

Crawford-Brunt explained that the Energy Efficiency Operational Indicator (EEOI) standard when applied to the standard Baltic ship descriptions and standard Baltic routes provides a clear and well understood reference point. “Having an understood and clear reference point is important in this because then you're able to assess your voyage and your emissions relative to that, which means that you can then describe how you're performing against that standard.”

This also introduces a common language for any variations, the most frequent typically being ballast utilisation, the length of ballast legs, the amount of cargo uplifted in tons or the stowage factor, the sailing speed and efficiency in methods introduced.

“The objective of all of this is to introduce a more consistent way to describe operational efficiency,” Crawford-Brunt said. “Was it a good voyage or not? And if it wasn't a good voyage being able to explain that in terms of uplift for instance, is very important.”

In terms of progress, the project has created some theoretical documents based on the standard routes and ship descriptions for the dry and tanker routes and is now in a consultation period. This involves speaking with owners and operators about variations in voyages on those routes and with those cargoes. Crawford-Brunt anticipates that further information will be able to be shared after the summer.

The aim is to set a benchmark that will provide the shipping industry with a valuable point of reference as the market seeks to factor in carbon emissions alongside charter rates.

He closed the presentation with his insights into “the unintended consequences” of CII. Because of the way the formula is structured, the longer you sail on lighter load, the better the CII looks, he said. “That doesn't really reward triangulation to reduce ballast legs because you're carrying obviously more cargo over that distance.”

There is also the risk that when the charterer dictates the speed in a charter, the CII rating may deteriorate as a result of that charter. He asked who holds the risk and the consequences for that decision.

To find out more about the project, the calculations used and the indicative CO2 emissions figures, visit www.balticexchange.com/en/data-services/market-information0/carbon-emissions-.html.

* The second lecture of this year’s series (July 27, 11am, BST) will provide the very latest update on the continuously developing sanctions environment. Our expert legal panel will also be joined by active market participants giving their unique perspectives on managing through the turbulence and the increasingly complex basket of commercial risks with which they have to contend. Register for the session here.